Updated every 5 minutes with the latest real estate for sale in Riverton - including MLS listings, homes, condos, townhomes, investment property, and land - as posted by Riverton real estate agents and brokers - over 30% more listings than Zillow, Realtor, Trulia, and Redfin.

Get Signed Up Now  to receive new listings, price changes, and recent sales prices - with the ability to get daily, weekly, bi weekly, or monthly email updates.

Get Signed Up Now   and get the latest Riverton tax and HUD foreclosures, REO properties, bank owned homes, and short sales being offered at HUGE price reductions and significantly lower than retail value.

Riverton, Utah is a small but charming city that is set on approximately 12 square miles of land. The city was named after the nearby Jordan River and has been an official city since 1947, although it was settled over 75 years earlier. It has around 40 thousand residents, which consist primarily of families with children. There are nice homes for sale all over the area, which come in many different sizes. They are perfect for small families that want to get bigger, as well as families that are already large and need to expand their living space.

The community itself is very safe, with low crime rates, no shortage of housing, and nearby shops and stores. Furthermore, the unemployment rate is quite low, lower than the rest of the state, and the rest of the country.

If you are trying to stay near Salt Lake City, but want to live in a small city that doesn’t feel like one, Riverton is worth looking into. It has plenty things to do, as well as nice schools where your children can get a good education. The area doesn’t have a lot of downsides. It has been a fast growing city for many years and will likely continue to grow.

A man named Archibald Gardner may have been the first resident of what is now called Riverton. Gardner was originally from Scotland, but was forced to move to America, where he later became a church bishop for many years. He also knew how to build different types of mills, such as lumber mills, and places to mill grain. This made him a great resource for the Riverton area, due to the agricultural aspect of the town when it was first settled.

The area has been populated since the mid 19th century and was greatly a farming community until the 1970s. That is when the population began to boom and people chose to sell their farms for a profit and move into neighborhoods.

The city of Riverton is located in the Northern section of the state of Utah. It is in the most populated county in the state, which is Salt Lake County. You may have heard of Salt Lake City; which is a metropolitan city in the same county. The town also borders other towns such as South Jordan, Draper, Bluffdale, and Herriman. It is considered a great place to live and the population is growing faster than most cities in the state.

Riverton is near many mountains, so it has a climate that is cold in the winter and hot in the summer. The humidity level is mild, so the summers aren’t sweltering. Furthermore, the city on average gets twice as much snowfall as rain in a year. The best aspect of the weather is that there are over 200 days of sunshine in the area. That means there are plenty of days to spend time outside with your family and enjoy the sunshine.

There are quite a few stores to choose from when you want to go shopping the city. They range from clothing stores to game stores, and there are even places to get your computer fixed or buying gardening tools.

If you get hungry, there are many different types of restaurants when you can grab a bite. For a classic dish, there are places that serve American food, but you can also get Asian Fusion, Mexican, and Chinese food. This means there is plenty of variety when you decide you want to out on the town.

Since Riverton is a city that is family friendly, there aren’t a lot of bars or nightclubs. There are a couple of restaurants that also double as bars however. You can grab your favorite treat and relax a bit.

There are a large number of children in Riverton, so there is a great need for schools. In fact, there are actually many elementary schools, multiple middle schools, and the high school has an overabundance of students to fill the halls.

There are many nice landscapes to see throughout the county, but there is only one landmark to see when you are in Riverton. It is the Draper-Steadman House, which is also considered a historical site because of its unique architectural style.

The town of Riverton was a farming community for over 100 years. When the place was first settled many settlers had personal farms, but as the technology increased, these farms began being commercial, so that the farmers could make more money and sell crops. This allowed them to work for themselves and raise their families with strong values and work ethics.

Currently there are not many farms in the city, but the family values have not changed much. There are still many families that live in Riverton, and it is a safe place to set down roots. There isn’t a lot of crime and there are a number of things to do if you need some entertainment. You also aren’t far from Salt Lake City or state parks, so you can take a trip to the big city, have a nice hike, or check out the beautiful horizon.

Be the first to know when new Riverton short sales, foreclosures, deeply discounted homes, and brand new hot properties come onto the market before anyone else - over 30% more listings than Trulia, Zillow and Realtor.

Get Signed Up Now!

Do you own a home in Riverton and want to find out instantly and completely free what it is worth in today's market - with absolutely no cost or obligation?

Get Your Instant Value Now!

Whether you need to get pre-approved for a mortgage, deal with a savvy buyers agent to find the perfect home, or an experienced listing agent to get your home sold...

One of a kind luxury modern farmhouse on amazing estate lot with private lane in Riverton. This custom built home sits on a gigantic 2/3's acre horse property that leave...

Beautiful 2-Story in a well kept neighborhood. Located close to Mountain View and Bangeter. Making it easy to get around town. Open Floor plan with vaulted ceilings and ...

This sprawling rambler sits on nearly 1/4 acre and is surrounded by lush and mature landscaping with mountain and valley views! Step inside to a bright formal living roo...

Information deemed reliable but not guaranteed accurate. Buyer to verify all information. Terms of UseThe multiple listing information is provided by Wasatch Front Regional Multiple Listing Service, Inc. from a copyrighted compilation of listings. The compilation of listings and each individual listing are © 2021 Wasatch Front Regional Multiple Listing Service, Inc., All Rights Reserved.The information provided is for consumers' personal, non-commercial use and may not be used for any purpose other than to identify prospective properties consumers may be interested in purchasing. 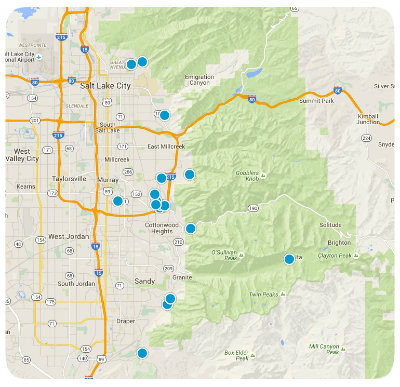 "I worked with Chris on a property and he was very professional, efficient, and went above and beyond to help me in a bind in marketing a property. I would highly recommend. He did a great job!" - Stephanie Pinkard

"Has been superb. I have worked with Chris for many years and the quality of his work has been awesome . I highly recommend Chris for any listings. His work ethics are beyond recommendations." - Wilver Pena

"I have worked with Christopher and staff for the past 6 years and would highly recommend him for your real estate needs. He is professional and will go above and beyond the call of duty to keep his customers and clients happy. His trust and honesty are a breath of fresh air in this industry." - Suzanne Pischedda